The bulbous head is ideal for clitoral stimulation or stimulating any sore muscle. And some companies have made attachments that allow you to feel those vibrations internally.

Finally, the sturdy design of the Hitachi Magic Wand means it’ll last for years, and the company has since doubled down on that build quality.

By Any Other Name

They’re one and the same toys, however. Anything else is a knockoff and might not perform the same as the Magic Wand Original. Vibratex also offers a one-year warranty for Magic Wand products that other companies may not for their products.

The Hitachi Magic Wand isn’t a sexy toy. It looks utilitarian with its blue-and-white design, and the handle is a full foot long, but it has proven to be functional enough that form doesn’t really matter. A single button switches it between the high and low settings. The Magic Wand was made to perform.

Some people might prefer a toy that’s less bulky and easier to wield; after all, the original weighs over a pound! A curve in the handle would also be ergonomic, and there are alternatives on the market that do have a curved shape. However, many people love the Hitachi Magic Wand Despite these shortcomings, and Hitachi never saw a reason to update the design in thirty years!

In 2013, Hitachi did see fit to update the design so the Magic Wand would be sturdier.

The Hitachi Magic Wand has been the Cadillac of vibrators for years because of its power. The vibrations are strong and rumbly -- and the toy is loud enough to prove it. You can choose from two settings, and you might be surprised at the power outfit if you’ve never used a wand or plugin toy before.

In fact, this lack of versatility is one reason why some people don’t love the Magic Wand. However, you can buy an attachment that enables you to get a wider variety of vibration intensity from the toy.

Some people can’t handle the Hitachi on high, especially on their bare skin. They might only use the lower power setting or stimulate themselves through their clothing.

For others, this amount of power is just what is necessary to coax an orgasm in less time than ever before and certainly with less effort. The Magic Wand is often strapped between a woman’s legs, and holding it in place is all you really need to do.

Of course, it’s not just for a woman to use, and you certainly can use the Hitachi Magic Wand to stimulate sore muscles if it helps. 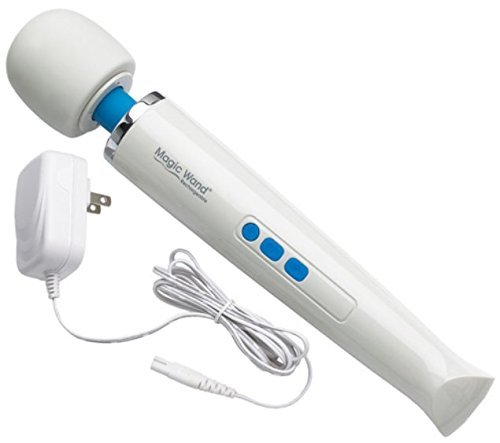 One of the drawbacks of the original Magic Wand was that it requires you to be plugged into the wall. Depending upon your available outlets, this might limit where you can use the toy, and an excited physical outburst could pull the plug straight from the outlet.

The Rechargeable Magic Wand has four different intensity levels -- twice as many as the original Hitachi. The design also comes with revamped controls. However, you still can’t use it in or near water.

Note that the toy shuts off after 20 minutes of use to prevent overheating.

Not everyone likes the head of the Hitachi Wand Wand, which is bulky and doesn’t offer pinpoint stimulation. You can’t use it internally, either. However, there are a number of attachments that make the Hitachi Magic Wand more versatile and perhaps more useful to you (Pop Tops is just one brand0. Of specific note is a G-spot attachment, which you can use internally, but you’ll also find attachments that simply add texture to the head.

Make sure that the attachment will fit the Magic Wand Original’s 2.25-inch head.

HOW DOES IT COMPARE?

The massager has a control wheel that allows for variable vibrations rather than just two settings.

The wand massager by Alessandra Yarosi offers some updates that make it more appealing to some consumers. For starters, it’s cordless, and the neck is flexible. The handle tapers more than the Hitachi Magic Wand, which makes it more ergonomic. You can also choose from black, white and mint colors.

Finally, there are eight different speeds and 20 pulsating patterns if basic vibrations just don’t cut it. 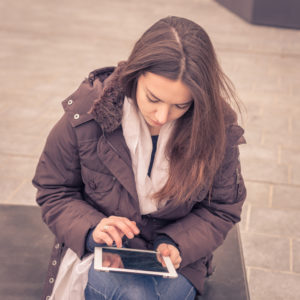 Hello and welcome to Best Lube Zone. My name is Tina and I am on a mission to give you simplified and actionable sexual health advice.